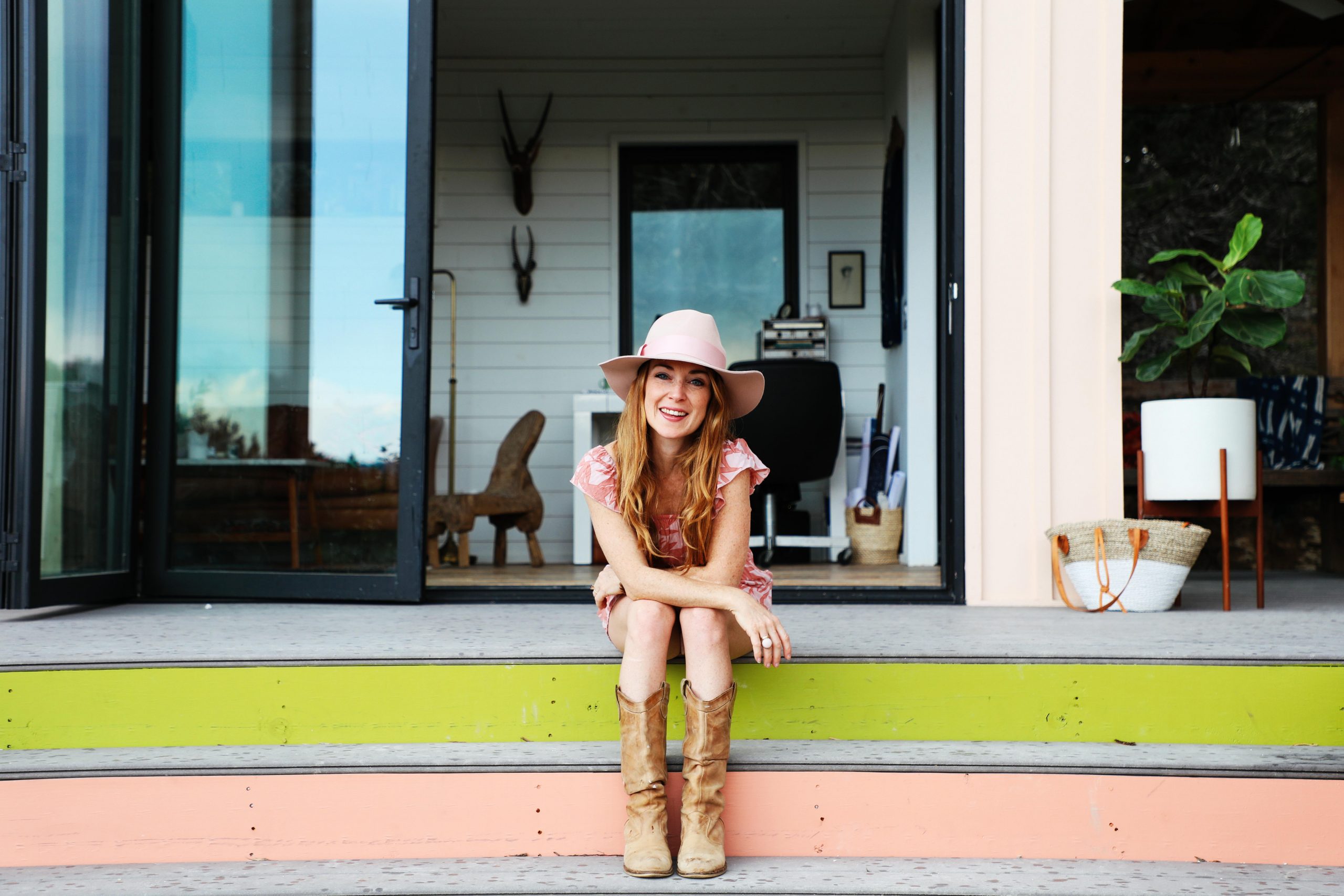 The idea of tiny home living has become a popular subculture in recent years. Our team spoke with Kim Lewis, founder of Austin, Texas design firm Kim Lewis Designs, who has become quite the tiny home expert. You may recognize Lewis as the former lead designer on Extreme Makeover: Home Edition where she previously worked, before beginning her own firm. Kim Lewis Designs focuses on designing mostly commercial spaces, but has also worked with boutique retail spaces, family homes, and tiny homes. 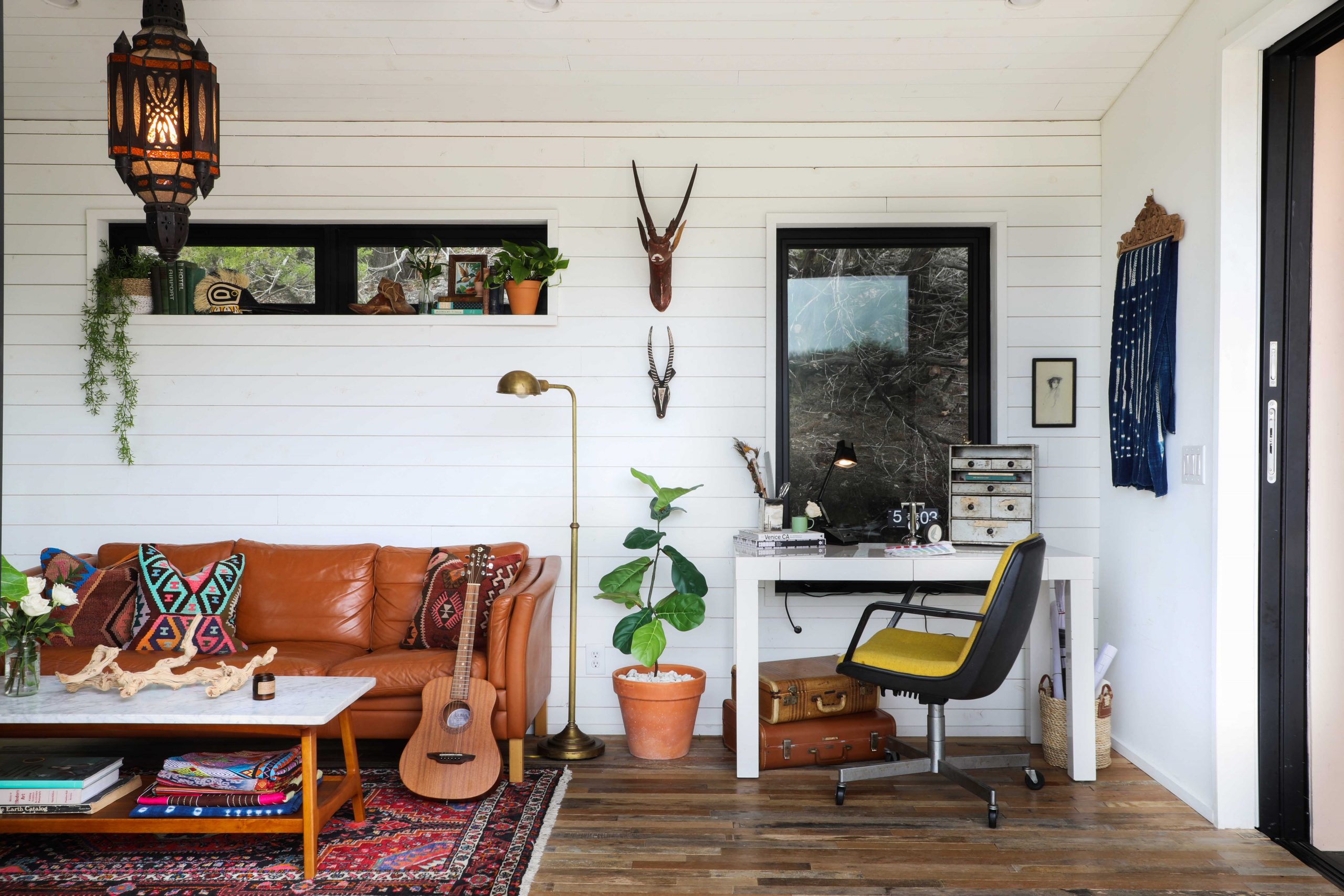 The firm began consulting with Tiny House Nation, which piqued Lewis’ interest in tiny homes. She even built and designed her own tiny home, affectionately named the Peached Casita because of its peach color, and shared the finished product online and at trade shows. The overwhelming response from people wanting to buy the Peached Casita encouraged Lewis to start a tiny home small business. After some time in the business, she came to the realization that fewer people actually wanted to purchase tiny homes, and most just wanted to look and enjoy them visually. One of the main reasons the homes were not selling as Lewis expected was that legislation and zoning regulations did not make the process easy. The challenges and red tape were hurdles that deterred people from buying tiny homes. 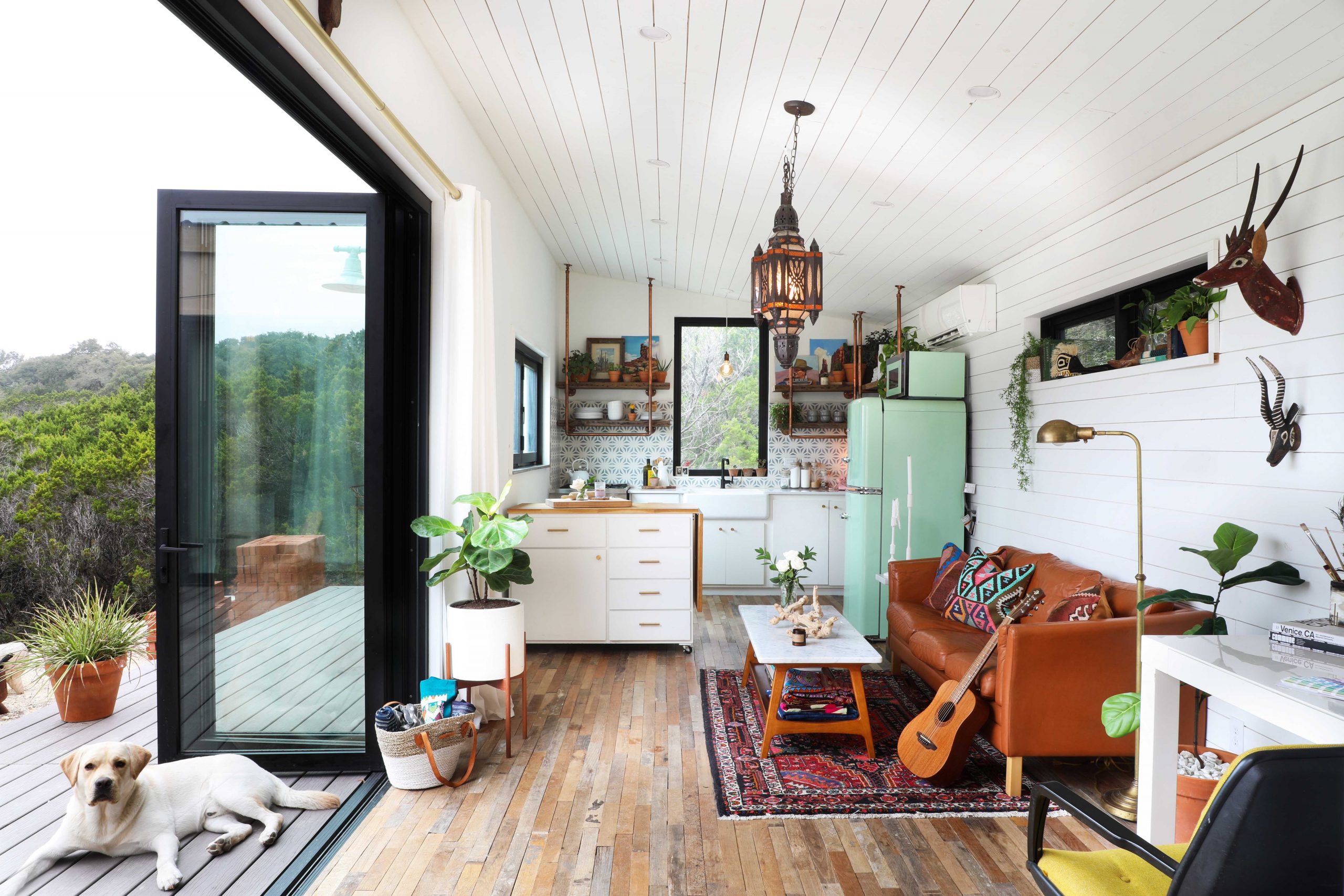 Kim Lewis and her husband moved into the Peached Casita, and lived there for two years before purchasing a house to accommodate their growing family. Due to their personal attachment to the tiny home, they decided to take it with them and put it on the property of their new home. The potential uses for the space were very versatile- It could have become a home office, a guest house, an art studio, or a short-term rental property. They ultimately decided on the latter, and the Peached Casita is now on its way to being a destination short-term rental. 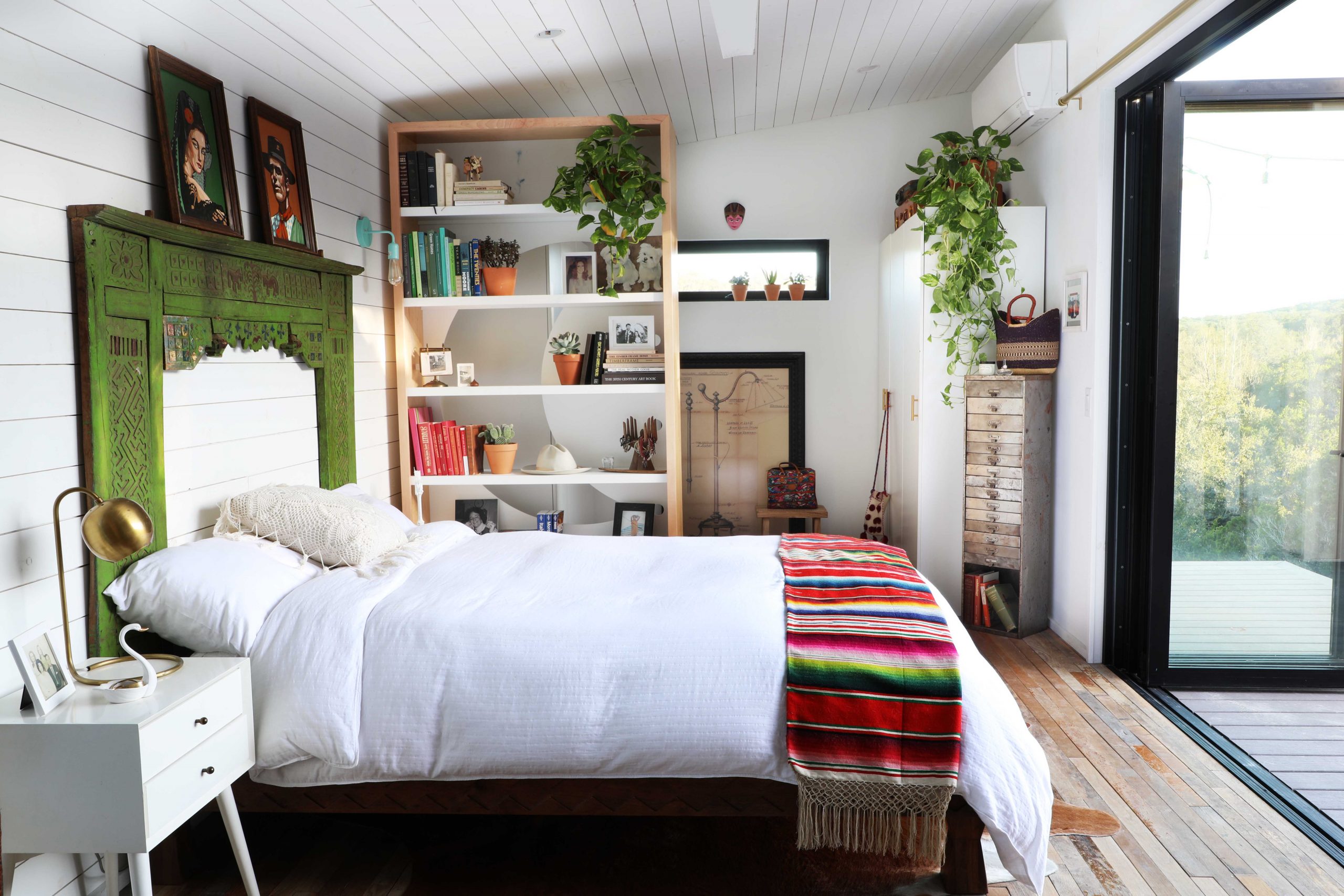 Kebony was invited onto the project team when Lewis and her husband decided to install a deck around a stock tank pool outside the tiny home. Built and installed by Cowboy Pools, the new addition adds to the Peached Casita’s appeal to visitors. Lewis sees the tiny home as an investment, and the stock tank pool is a stunning amenity. Lewis also plans to install the equipment to turn the pool into a hot tub in the winter! Once the pool was installed, Lewis contacted Kebony about installing a deck around it. She decided on Kebony wood because of its durability, as it is able to withstand the Texas heat and sun. In addition, she liked that Kebony is real wood, has a beautiful finish, and adds an exciting modern look. 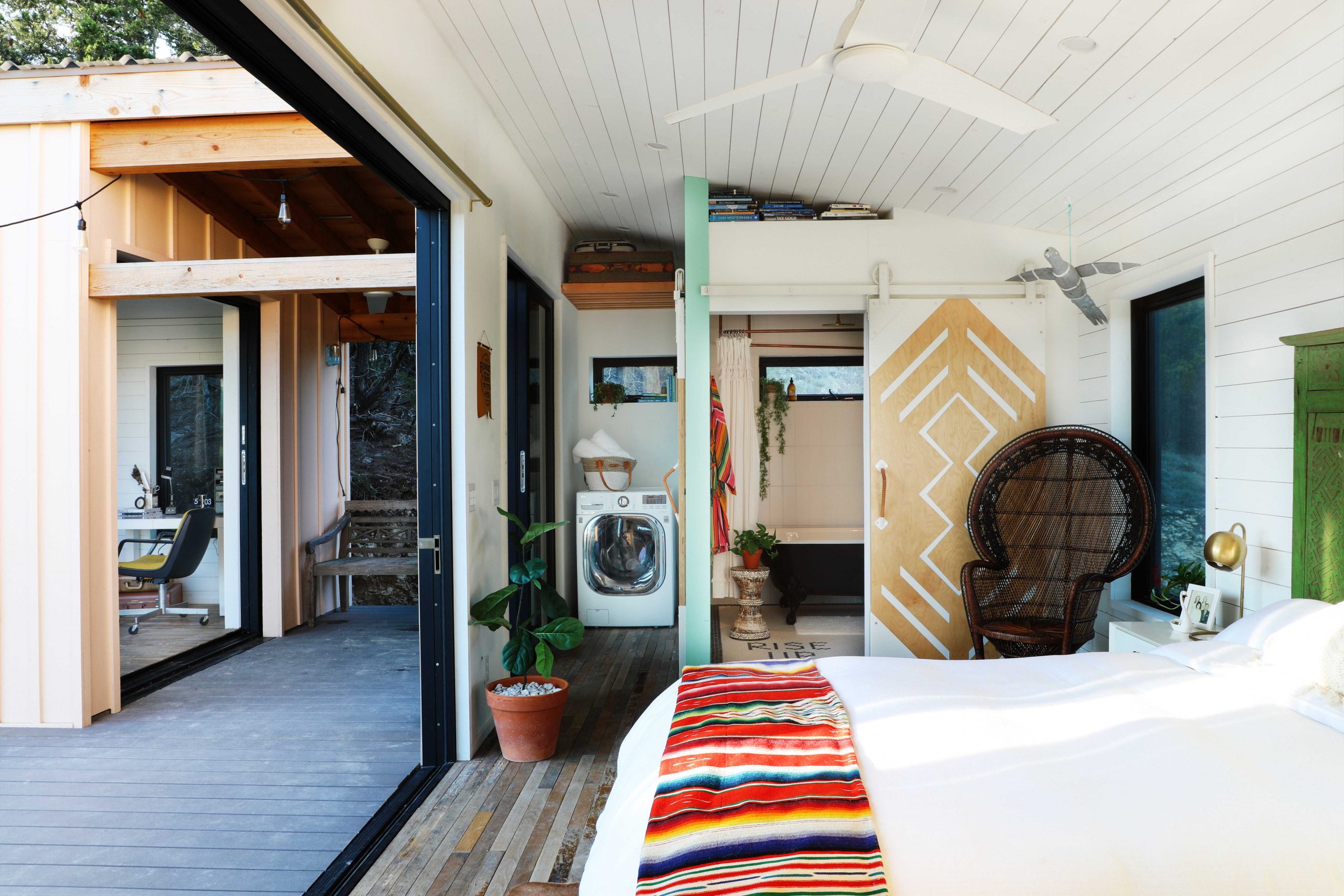 The team used the Step-Clip for Kebony method to install the Kebony Deck Board in front of the two tiny home sections and the Fastenator hidden fastening clip surrounding the cowboy pool. This was more difficult than it typically is, because the deck board was being installed over an existing deck that had been framed previously, and had settled in a flood zone. The team quickly learned that when installing the deck board over an existing deck using the Step-Clip method, it is imperative that the deck is perfectly level prior to installation. In the end, the challenges were overcome and the fastener system worked beautifully after the adjustments were made. 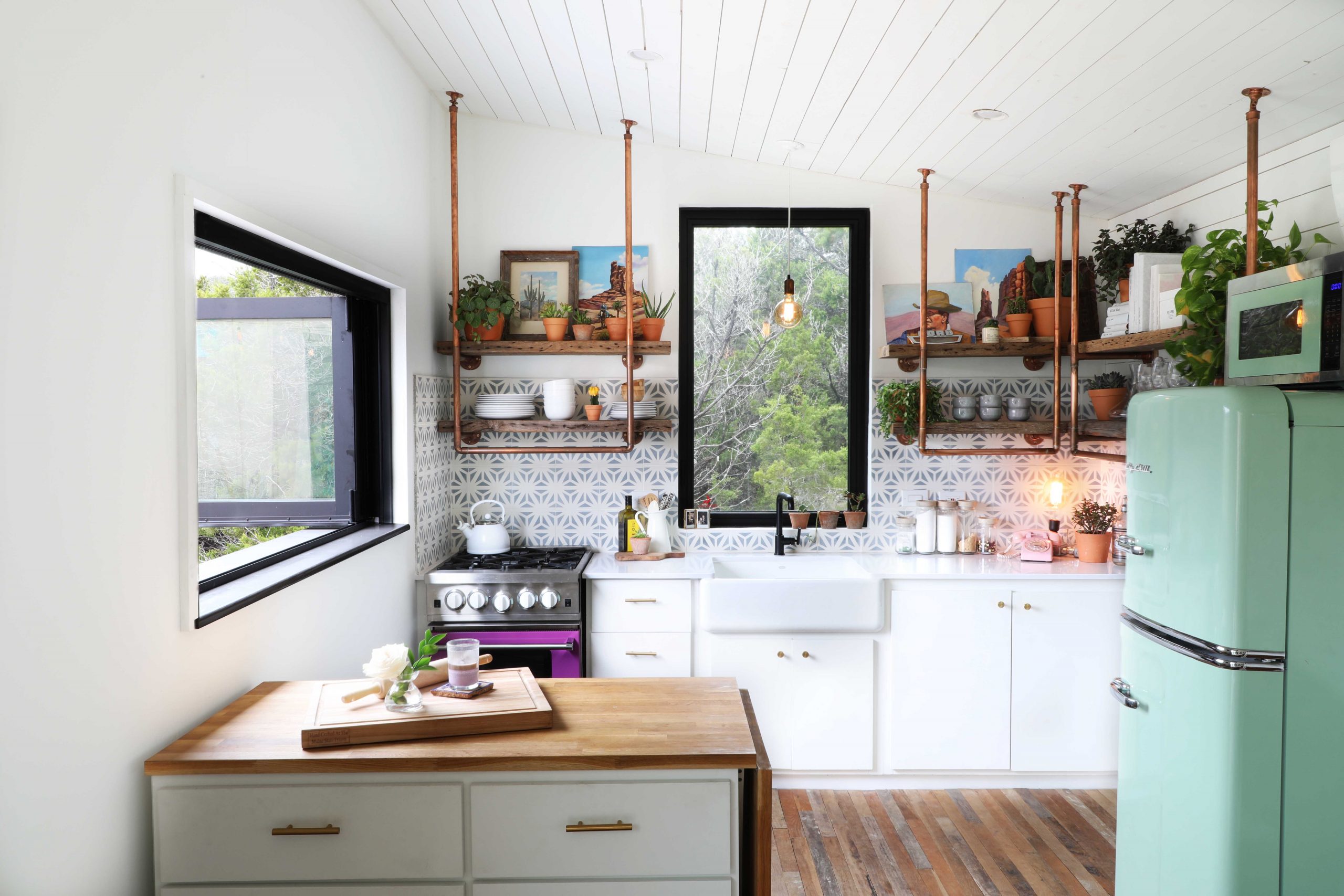 The Peached Casita has gotten lots of online attention as everyone has enjoyed working on home projects during the COVID-19 lockdowns. It is currently nominated for HGTV’s Designer of the Year award, in the category “Living Large in Small Spaces”. Currently, Lewis is finishing the landscaping at the tiny home, and the final pieces of the puzzle are coming together. 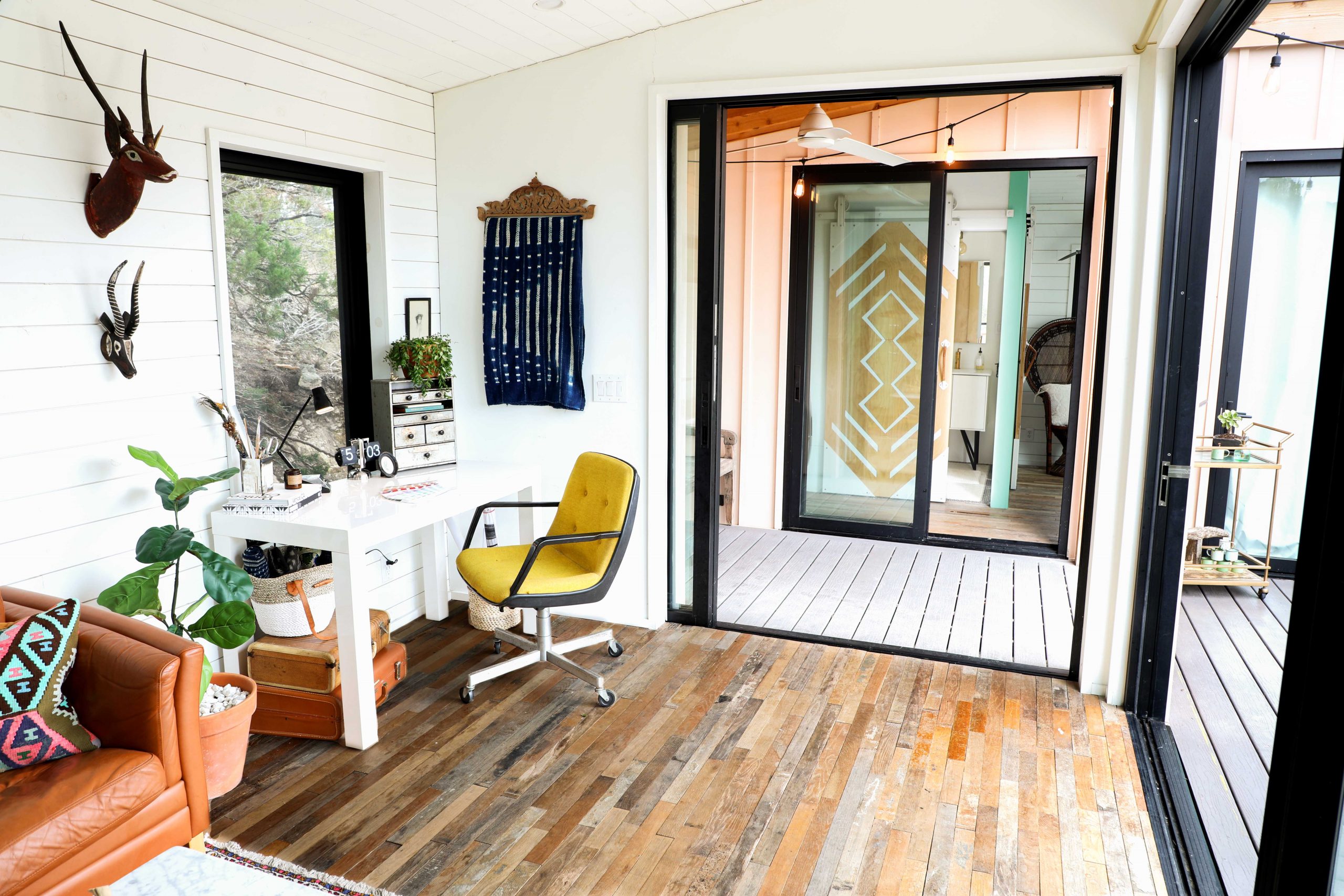 You can see the journey of the Peached Casita and be the first to know when it is available for rent by following them on instagram @peachedcasita!

Here’s a sneak peek of the process: Will This Tiny Home EVER BE FINISHED?