“As an architect of homes, I get to work on people’s dreams. I’m in the dream business.”
-Michael Goorevich 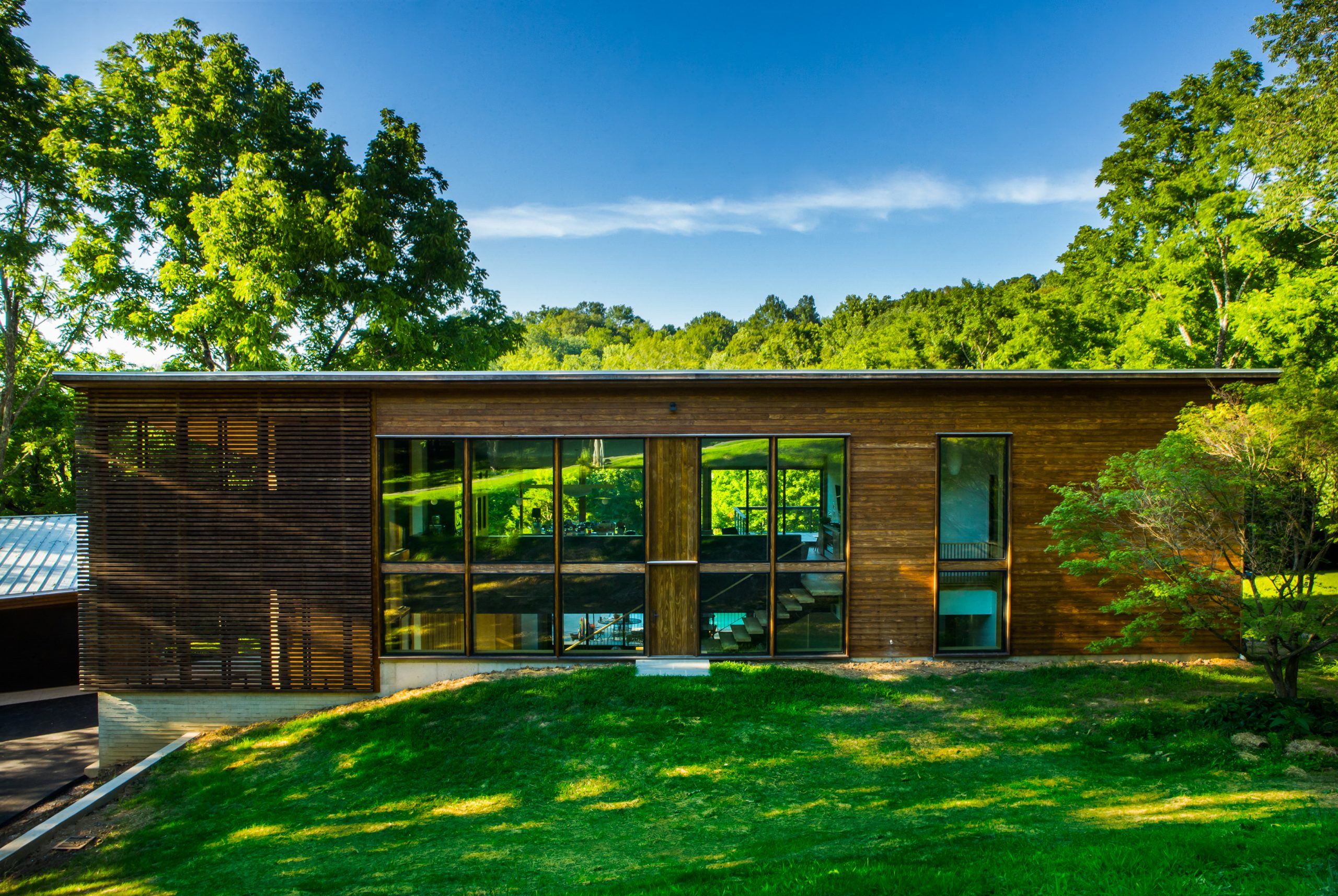 Michael Goorevich is an independent architect with a one-person studio located in Nashville, Tennessee. His studio focuses largely on residential projects featuring custom-built, modern-aesthetic homes. Goorevich traveled for a while before settling and opening his own studio, working for small architecture firms in both Toronto and Nashville. During this time, he was excited and enticed by modern architecture and made the decision to go into what he calls “the dream business”. 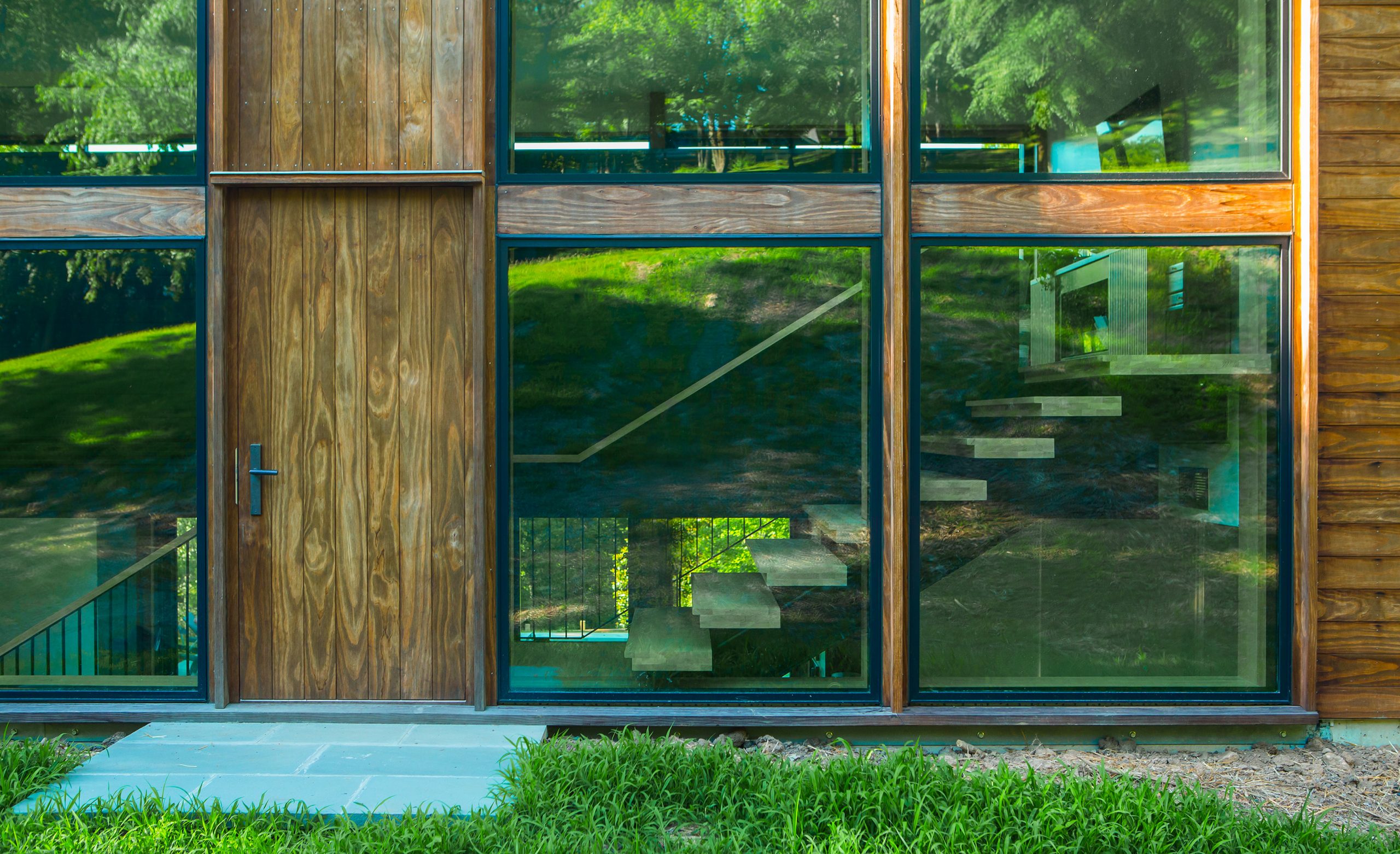 “To help craft someone’s way of living in the world is special.”
-Michael Goorevich 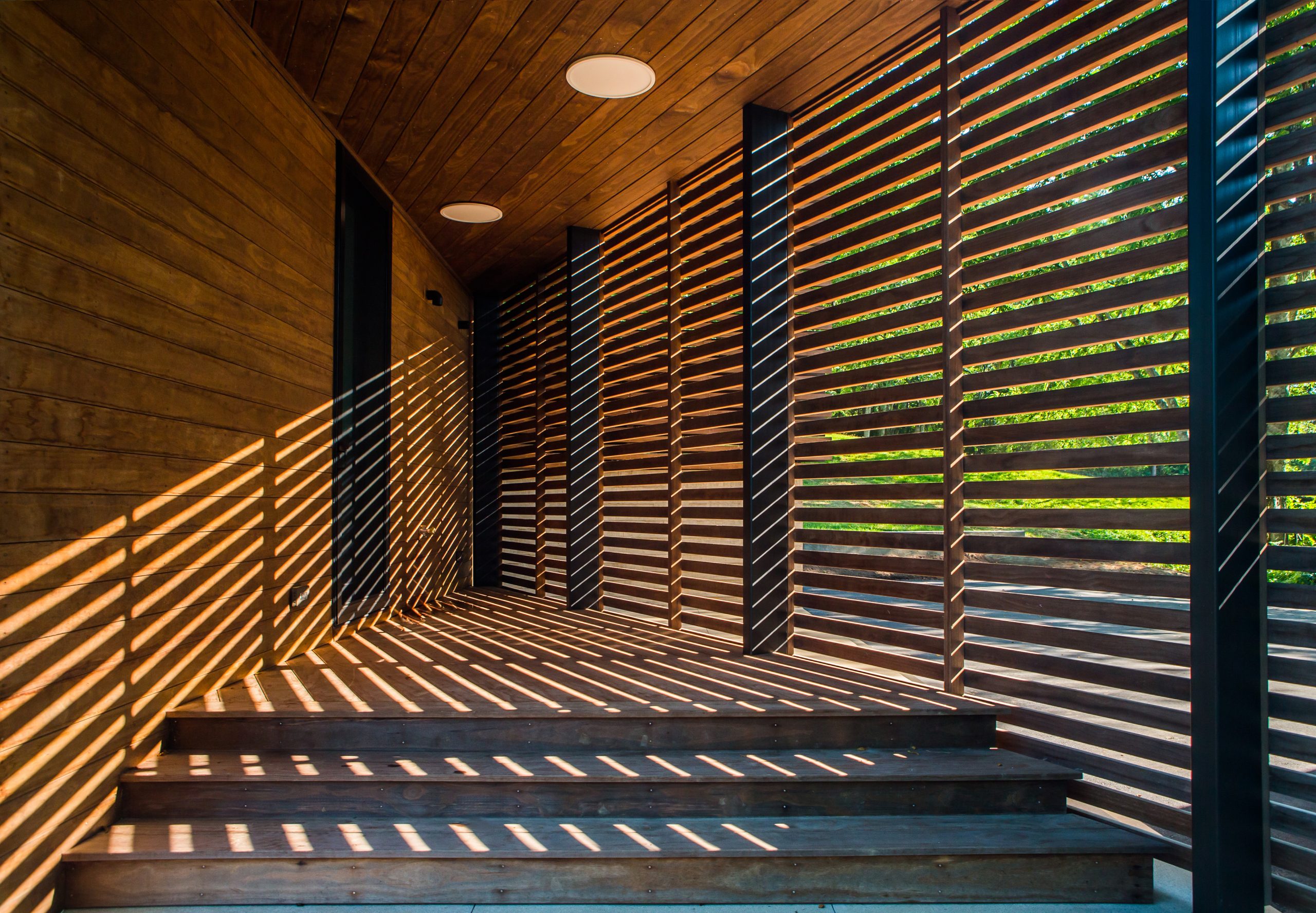 When asked about his work, Goorevich stated that the best part of his job is “making dreams come true”. His job focuses on creating a vision that springs from the everyday problems of his clients’ lives, which he deems a privilege. Goorevich understands the position of his clients, in that building a custom-made home is a large, expensive, difficult undertaking. He sees his job as more than just creating interesting buildings, because each project is grounded in a client’s vision of how they want to live in the world. Goorevich mentioned that his favorite project is always the last project he worked on, because whatever he’s chosen to take on at a particular time becomes the most important thing to him. He finds interest in the process, and each new project brings new joy to that process. Of all the projects he has worked on, there has never been one that Goorevich has not found deeply compelling.

Goorevich described his experience with Kebony as “short but intense”. He discovered Kebony products three years ago through Delta Millworks, and quickly saw the potential for exploration with the material. He had been trying to find the right ways to incorporate modern architecture into middle Tennessee, and Kebony proved to be a great match for his idea of a more modern cabin home. Goorevich first used Kebony for a porch to test how well he liked the product, and has since used it on five Nashville projects ranging from the first porch all the way to a home fully clad in Kebony. 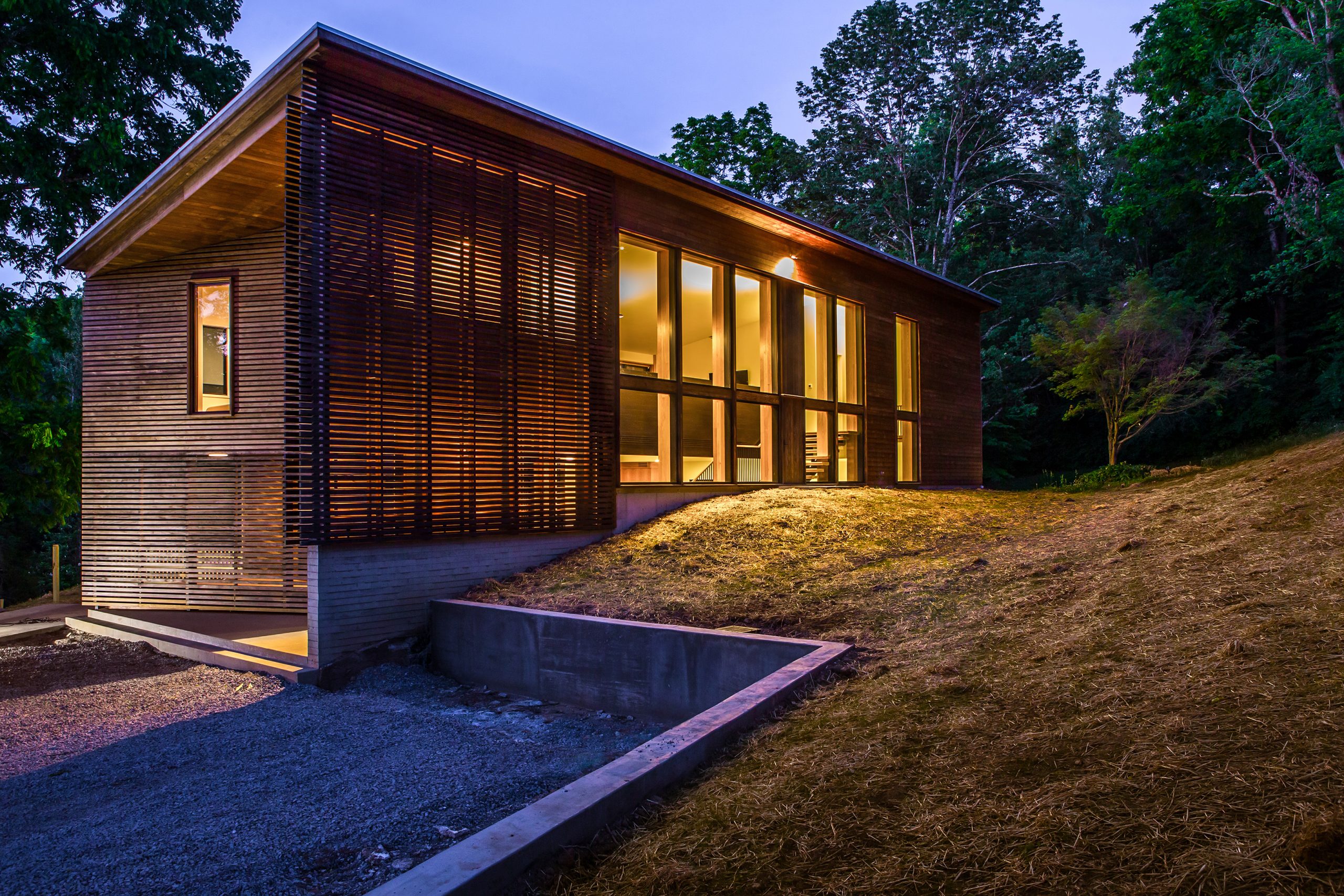 He stated that he was drawn to Kebony for several reasons, including that clients like the look of the modified wood both when it is new and when it fades into a silver-gray patina. He compared the fading process to a well-loved pair of jeans- the color change happens unevenly and naturally, based on overhangs and orientations. The climate in middle Tennessee is surprisingly harsh, with very hot summers and real, cold winters. Goorevich has been happy with Kebony’s ability to withstand these weather extremes. In addition, the unfinished wood is proving to be successful, as he has not seen issues with typical pests such as carpenter bees.

Goorevich shared that while his work has primarily been with modern homes, it is beginning to shift to the commercial side with his acceptance of some business projects. He mentioned that he would love to see Kebony used in more public spaces in middle Tennessee, as the material fits seamlessly with the climate, location, and culture in the area. 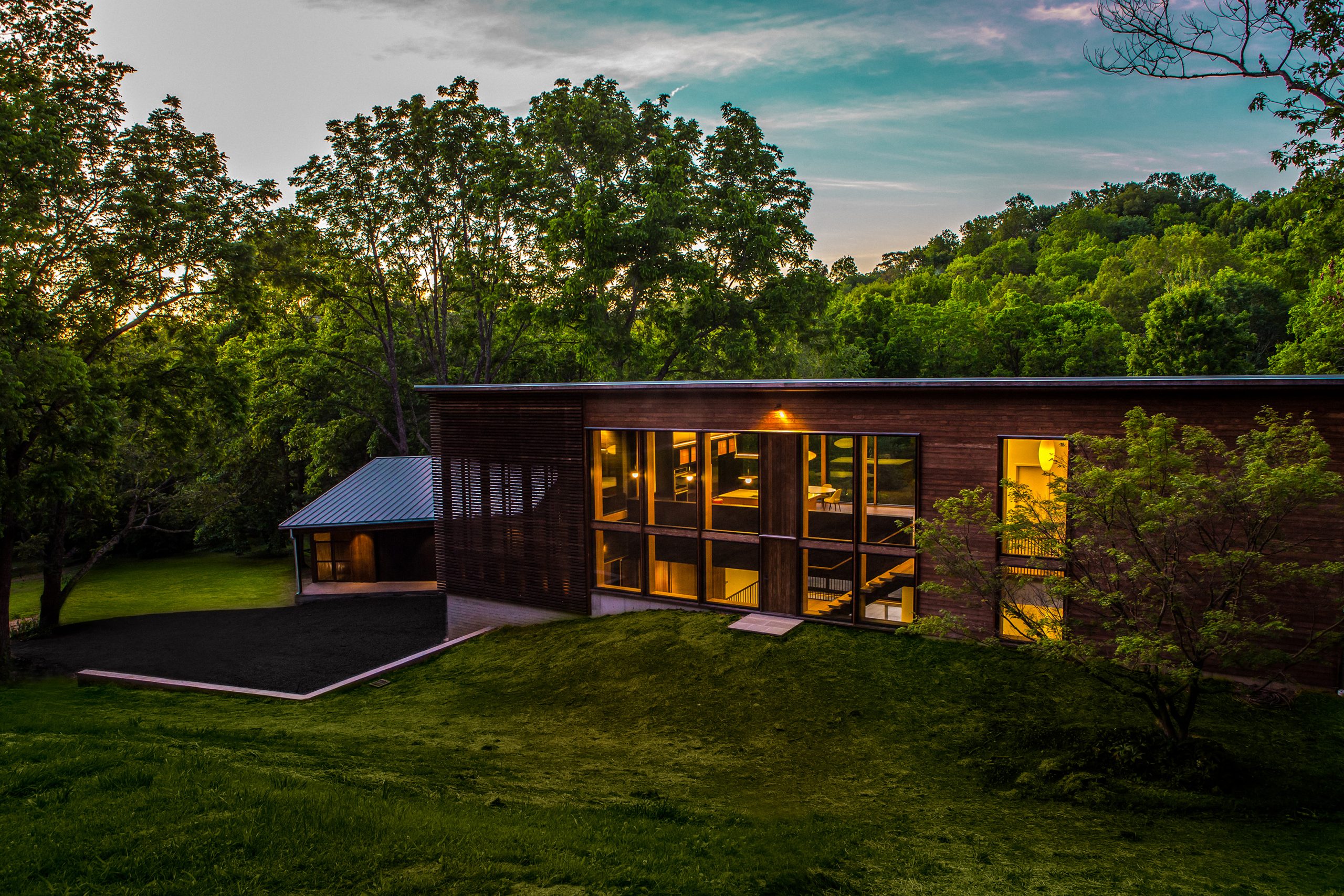